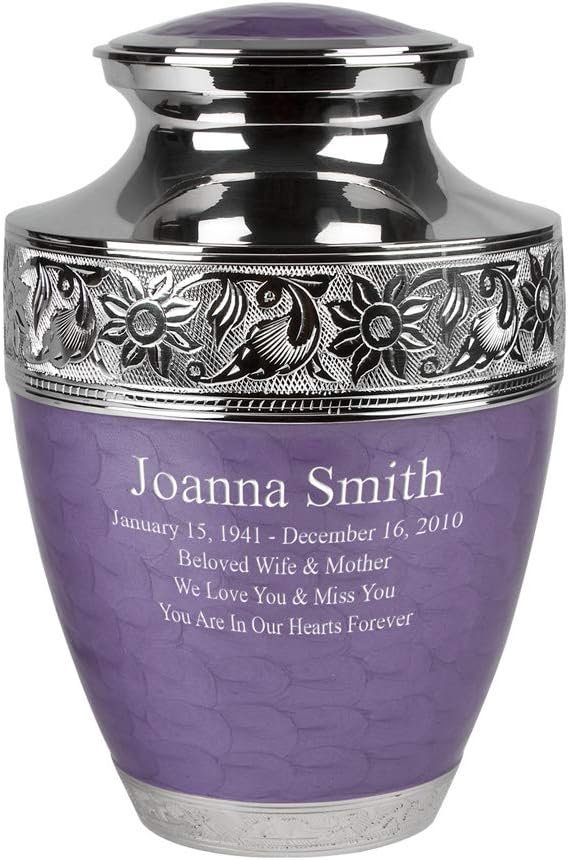 Large Lavender Bloom Cremation UrnCrafted from genuine solid aluminum, the Large Lavender Bloom cremation urn features a stunning purple finish enhanced by bands of shining silver colored metal with an elegant floral design. This sophisticated cremation urn will make a beautiful final resting place for any loved one. The urn has secure threaded lid that opens from the top to allow cremains to be placed inside.Personalized EngravingAdding engraving to your Lavender Bloom brass cremation urn to personalize the memorial and to ensure that there is no question whose cremains have been placed inside. This is particularly important if you plan to place the urn in a cemetery or columbarium, which often require urns to be engraved. Personalized engraving is also meaningful for future generations.